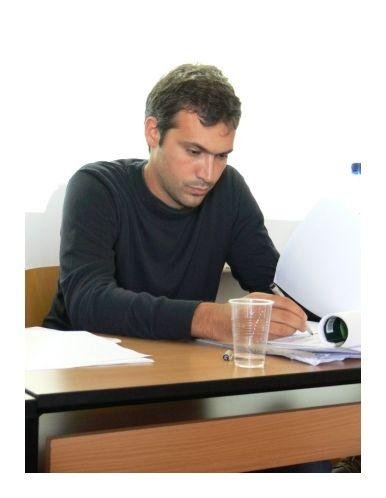 Assistant Professor in Sociology at the Scuola Normale Superiore

Lorenzo Bosi is Assistant Professor (Ricercatore a Tempo Determinato) in Sociology at the Scuola Normale Superiore. He has received his Ph.D. in politics from Queen’s University, Belfast, in 2005 and is the past recipient of the ECRC (University of Kent), Jean Monnet and Marie Curie (EUI) post-doctorate fellowships. He is a political sociologist pursuing comparative analysis into the cross-disciplinary fields of social movements and political violence. He has directed and collaborated on a number of national and international research projects on topics relating to social movements, political violence, and political participation.

Since 2013, he is a Research Fellow of the Centre on Social Movement Studies – COSMOS at the European University Institute till January 2014 and now hosted by the Scuola Normale Superiore. Since 2014, he is also part of the editorial boards of the academic journals Mobilization and Partecipazione e Conflitto – Participation and Conflict. He is one of the two chairs of the Social Movements SN at the European Sociological Association (ESA).

For the next years his main research agenda is to investigate those socio-spatial relations between armed groups and their constituencies that drive shifting forms of political violence. In doing so he will seek to develop an analytical framework based on the notion of socio-spatial relation, which integrates sociological and geographical dimensions.